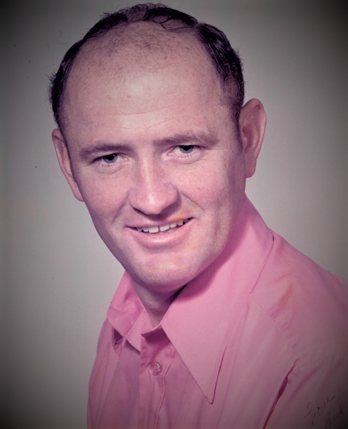 Birder (Bird) Coffey, a passionate golfer, family man, tomato grower and active community member, passed away at 83 years old, peacefully and surrounded by his family at home in Oak Harbor, Wash., Tuesday, March 3, 2020, after losing a hard fought battle with an aggressive cancer.

Bird was born in Brasstown, N.C., May 18, 1936 to Hamilton (Ham) and Molly Coffey, née Hyatt . He has a surviving sister, Maryjane; two surviving brothers, June Lee and Fred; and other siblings that have passed, Zebadiah, James, Dexter, Austin and twins that died at birth. His youth was filled with fond memories of hunting for squirrels and rabbits with his brothers in the woods, picking blackberries by the gallon, and as a teenager, cooking chicken dinner for his family on Sundays. He was a natural athlete and excelled at playing basketball at Murphy High School, in North Carolina.

After high school, Bird enlisted in the U.S. Air Force, with a career serving 22 years. While stationed at Travis AFB, he met his wife and love of his life, Airman 2nd, MaryAnne Coffey. They were married March 4, 1961, and made the world their home as they followed Bird’s career and built their family. Their 59th anniversary was on March 4 2020, one day after his passing. Bird and MaryAnne have three children: Selena (born at Travis AFB, Fairfield, Calif.); Craig (born atn Ismir Air Base, Turkey); and Brian (born at Walker AFB, Roswell, N.M.).

Bird loved his 22-year career with the Air Force; his main role was serving as a medical technician with flight surgeons. An avid lover of sports, Bird was a competitive athlete while in the military as a boxer, bowler and golfer (collecting many trophies and awards along the way). He was also a coach for little league baseball, basketball and football with his sons.

After retiring from the military in 1977, the family moved to MaryAnne’s hometown of Missoula, Mont. His second career of 13 years was spent working for two car dealerships (Flannigan’s and the Ford dealership), and over a span of 20 years in Montana, he was also a rancher. As a rancher he tended to many animals – first at the 20-acre home they built in Stevensville, and then at their 10-acre home in Big Flat (cattle, llamas, sheep, turkeys, chickens, pheasants – just to name a few critters). Bird continued his passion for golfing in Missoula, as well as being an active hunter and fisherman.

In 1999 they moved to his current home in Oak Harbor near Naval Air Station Whidbey Island. Over the 20 years of living in this home, Bird planted many varieties of trees on their property, provided a beautiful environment for birds (and humans) to thrive, and growing apples, plums, pears, tomatoes, blackberries, raspberries, onions, garlic and assorted veggies. Bird loved to give the surplus tomato plants and produce away to his many friends. Bird continued to golf at least 3-4 times a week (during good weather), work out at the gym 3-4 times a week and was president of the water board for many years for the well system their home and community gets water from (where he got to know every single family on the system).

If you have an eagle sighting or encounter over the next few weeks that gives you a calm and peaceful feeling, you may have had a visit from the Bird man.

Bird’s family and friends will miss him terribly. In keeping with Bird’s wishes, we will not be holding funeral services, and instead of sending flowers, donations can be made to Whidbey Animals Improvement Foundation at https://waifanimals.org/donate/. If you would like to visit and add to our online Book of Memories for his family and community to enjoy and reminisce– you can visit https://whidbeymemorial.com.