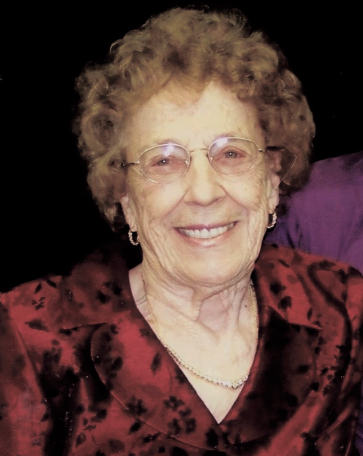 Dotti was born Feb. 15, 1925, in Seattle to Edward and Vira (Bigelow) Paris. She was a graduate of Queen Anne High School. She met her future husband, Roland Capes, and they were married on March 2, 1943. They resided in the Magnolia Bluff neighborhood of Seattle, and later moved to Edmonds. In 1965 the couple moved to Whidbey Island. They also lived in other communities, including Lake Havasu City, Ariz., where they enjoyed wintering in later years. They eventually returned to South Whidbey and lived in Freeland. Dorothy and Roland traveled overseas on many missionary journeys. Serving the Lord with her husband was Dorothy’s passion. She loved to garden, crochet and knit. She made many crocheted creations and enjoyed sharing them as gifts with her friends. She had a deep love and personal relationship with her Lord and Savior Jesus Christ.

A Celebration of life is being planned for this next summer and will be announced at www.whidbeymemorial.com, where family and friends are encouraged to share memories and condolences.