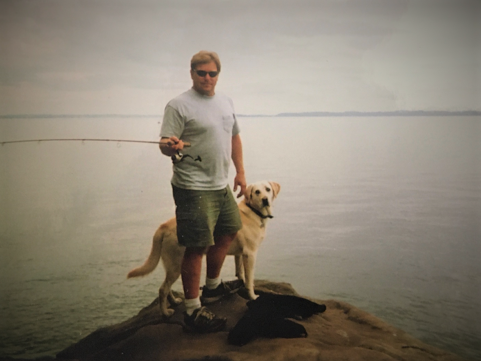 Doug was born May 17, 1965 in Portland, Ore., to JoAnne (Thomison) and Alan Ward VanTyne. Upon the death of his father in 1968, his mother continued to live in Hermiston with her three children, Douglas, Doreen and Gretchen. JoAnne later married Larry Heath and the family moved to Hillsboro, Ore., in 1970, where Doug attended school and graduated from Glencoe High School.

Upon graduating from Glencoe High School, Doug was interested in mechanics, carpentry, forestry and fishing. Doug spent lots of time in the forests and on the river banks with his favorite dogs, Sitka and Busty. He did lots of carpentry work, he planted trees for the Forest Service and worked for commercial fishermen in Alaska and Washington State. In his later years, he lived at various locations in Northern Washington, where he enjoyed the many great fishing rivers and the Puget Sound. Camano Island was considered his home for several years and most recently he lived with his sister in Oak Harbor.

Doug was preceded in death by his father, Alan VanTyne, who died in an airplane accident in 1968, and his mother, JoAnne (Thomison) Heath, on April 1, 2019.

A burial service will be held later at the Odd Fellows Cemetery in The Dalles, Ore. Check back for future announcement.

The family suggests donations to the following organizations in lieu of flowers:

-Others you see as appropriate.