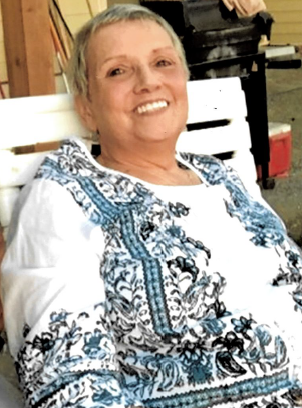 She graduated from Mountlake Terrace High School in 1972.

She is preceded in death by her mother, Margret “Sis” Brewer, her brother, Robert “Mac” Brewer and her son, Micah W. Bowdean Lehman.

She is survived by her father, Robert E.R. Brewer, her brother, Guy D. Kazala, her nephew, Cody Kazala, her sister, Barb J. Pearson, and her nieces, Melissa I. Potts and Caitlyn J. Pearson.

She became an “Island Girl” when she met, fell in love with and married Terry, that guy with the cabin in the woods at Honeymoon Lake, in 1981.

Gabriel’s greatest enjoyment, every day, was “To Make Your Heart Smile”.

Her memorial service will be held on Saturday, Oct. 19 at 1 p.m. at the Kingdom Hall of Jehovah’s Witnesses at 2061 Millman Rd. in Langley. A memorial gathering will follow, at Holmes Harbor Rod and Gun Club at 3334 Brooks Hill Rd. from 2 to 6 p.m.

Arrangements have been made with the assistance of Whidbey Memorial Funeral Home.