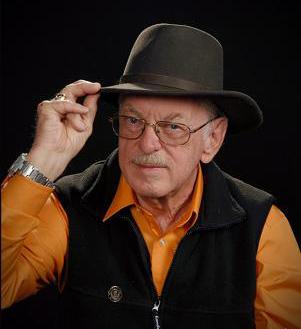 Gordon Merle Labuhn passed away on Tuesday, Feb. 5, 2019 in the Providence Inpatient Hospice Unit, two weeks after celebrating his 85thbirthday with family and friends at his home on South Whidbey. Gordon was known for his gusto for life and his abiding faith and optimism, despite much turbulence in his life and a long history of coronary heart disease.

Gordon began his life journey on Jan. 21, 1934 in Detroit, Mich., as the fourth son of Elmer and Clara (Hay) Labuhn. He had a close and fun-loving family whose social life centered around church activities and family gatherings. Gordon viewed himself as a scoundrel in his teenage years. His outlandish pranks as one of 16 boys in “Club AFO”, as well as some of his more poignant experiences as a youth in inner-city Detroit, are described in his 2013 memoir, My Gang.

After completing high school, Gordon earned a BA degree from Capital University and a Master of Divinity Degree from the Lutheran Theological Seminary in Columbus, Ohio. While in the ministry, he pastored churches in Ohio, Indiana and Michigan and started new mission congregations. Later in a career change he worked for theTuberculosis and Respiratory Disease Association (today called the American Lung Association) and then moved into health planning and administration, serving as CEO and policy advisor for health organizations and government agencies. He also served on many non-profit advisory boards, including those for Camp Lutherwood in Oregon and Washington.

Gordon had many interests, including antique autos, and was an avid sailor throughout his life. While living in Michigan, he sailed the Great Lakes in his Kenner Privateer sloop. He later sailed at Lake Monticello in Virginia; Portland, Ore., and in the Puget Sound. In his last years of life, when he could no longer manage the sails, he purchased a Dolphin Chief canoe and paddled with his wife and grandson, Israel.

Gordon moved to Whidbey Island with his wife, Karen, in 2007. He quickly embraced the community, and was an active member of Trinity Lutheran Church, the South Whidbey Yacht Club, the Baby Island Saratoga Club, and the Whidbey Writers Group. During the last five years of his life, and while on dialysis, he wrote and published two memoirs and two murder mystery novels. He also was a winner of the Whidbey Island Bayview Classic Auto writing competition, and in fall 2018, won first place in the National Renal Support Network’s annual writing contest for his inspiring essay, “A Boomerang.” In this essay, he states, “My attitude toward life is my boomerang. When I throw it, my joy of living is shared with others, then my boomerang returns to me and my heart is filled with satisfaction knowing that I have helped others with kidney disease reclaim their life…” This essay and Gordon’s other published works can be viewed at the website, labuhnbooks.com.

Gordon is survived by his wife of 35 years, Karen (Thornbury); three children, David, Kevin and Ashley; and seven grandchildren, Kenneth, Denise, Lukas, Sarah, Genesis, Israel, and Emmanuel. He was preceded in death by a son, Gregory, and his three brothers, Richard, Floyd and Gerald.

A memorial service will be held at Trinity Lutheran Church in Freeland, Wash., Saturday, March 23 at 1 p.m. In lieu of flowers, please consider a donation to the National Renal Support Network in Gordon’s name [RSNhope.org/fundraiser].

The family would like to thank the staff at Puget Sound Kidney Center in Oak Harbor for the loving care they gave to Gordon during his years on dialysis. The support he received helped him maintain his zest for life and complete his final journey with dignity and grace.