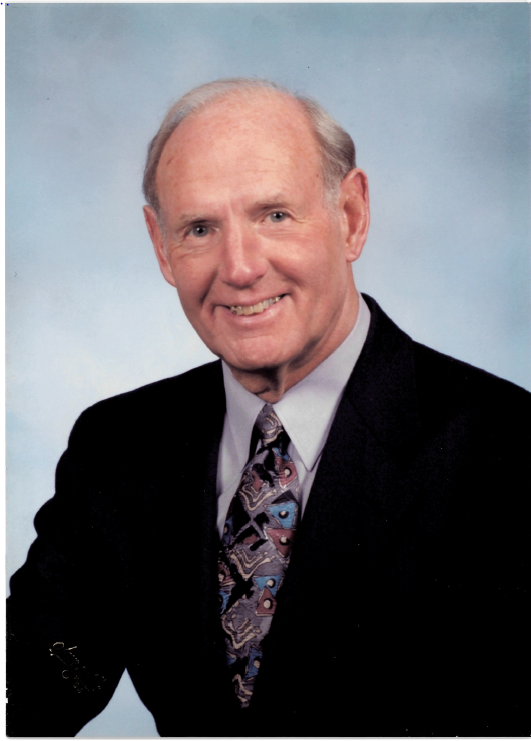 Mr. Koetje was born in Oak Harbor on Sept. 29, 1923, to Ben and Hattie (Meeter) Koetje. He attended Oak Harbor schools, graduating from Oak Harbor High School in 1941. Hank attended the University of Wyoming and the University of Washington. Hank was drafted into the U.S. Army and served during World War II. On Christmas Eve, 1944, Hank was on the troop ship SS Leopoldville. They were crossing the English Channel en route to Cherbourg, France, when the ship was struck by a German torpedo. Over 800 perished in the disaster. Hank, one of the survivors, became a recipient of the Bronze Star Medallion.

When he returned from the war, Hank founded the Koetje Real Estate and Insurance Agency. In 1957, he and his partners started Island Savings and Loan, which later became Interwest Savings Bank. He was also instrumental in the founding of Island Title.

He was a member of the Whidbey Presbyterian Church, where he sang in the choir and held the office of an elder. Hank was a great sports fan. His favorite sport to play was tennis. He thoroughly enjoyed watching the Mariners, his beloved Huskies, and the Seahawks. He was a member of the American Legion, Navy League, VFW and Rotary. Hank was an accomplished world traveler.

Hank was married to Evelyn Dykstra, and the couple had three children: Gary (who passed away at the age of 10 from leukemia), Gail and Mike.  He later married Marilyn (Korthuis) Kincaid in 1987 .

A Memorial Service will be held at 2 p.m. Sunday, April 28, at Whidbey Presbyterian Church, Pastor Jon Draskovich officiating. Military Honors will be presented by the U.S. Army Honor Guard, Fort Lewis.  Private interment will take place at Maple Leaf Cemetery. Memorials can be made to Whidbey Presbyterian Church. Family and friends are encouraged to share memories and condolences at www.whidbeymemorial.com.