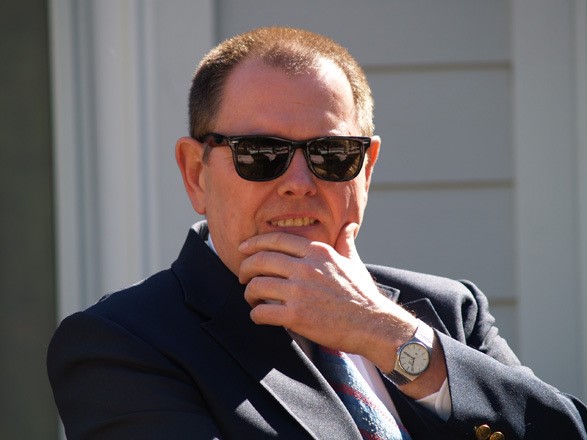 Jimmy was born May 25, 1946 in Los Angeles, Calif., to James A. and Louise (Copeland) Brickley. He spent his first 10 years in Hawthorne, Calif., before the family relocated to South Whidbey in 1956. The family eventually settled on Deer Lake before moving to Oak Harbor in 1962. Despite the move north, Jimmy continued to go to Langley High School and was a proud graduate of the Class of 1964.

Starting at age 14, and through high school, Jimmy worked at his father’s service stations and after graduation continued to work for Standard Oil in Everett, Wash., until 1966, when he enlisted in the Air Force Reserve.

Starting in 1967, Jim operated his own service station in Stanwood, Wash., at Heichel’s Corner and later a station in Bellingham, Wash., until he moved back to Oak Harbor in 1970.

Jim, upon his return to Whidbey Island, worked at Ken Brook’s Union 76 in Coupeville for most of the 1970’s. Then later worked at Oscar’s Union 76 in Oak Harbor until he was hired on with Washington State Ferries in 1981.

Following a passion for karate, from the mid 70’s to the early 80’s, Sensei Jim opened and operated a dojo in Oak Harbor affiliated with the Washington Karate Association.

Jim spent his career at WSF mostly on the Anacortes-Sidney run. As bosun he took pride in doing his job well and in his professionalism. Jim was known affectionately by his shipmates as Grasshopper or Rip.

Jim retired in 2008 from the ferries. He spent his retirement years upgrading his home, maintaining his yard. He loved his cats and developed a passion for animal welfare.

He was able to manage his heart failure for many years until, despite his doctors best efforts, there was nothing more that could be done.

Dad was known for his dry humor and generous heart. We love and miss you.

Funeral arrangements were under the direction of Wallin Funeral Home. To visit his online guestbook please visit www.wallinfuneralhome.com.