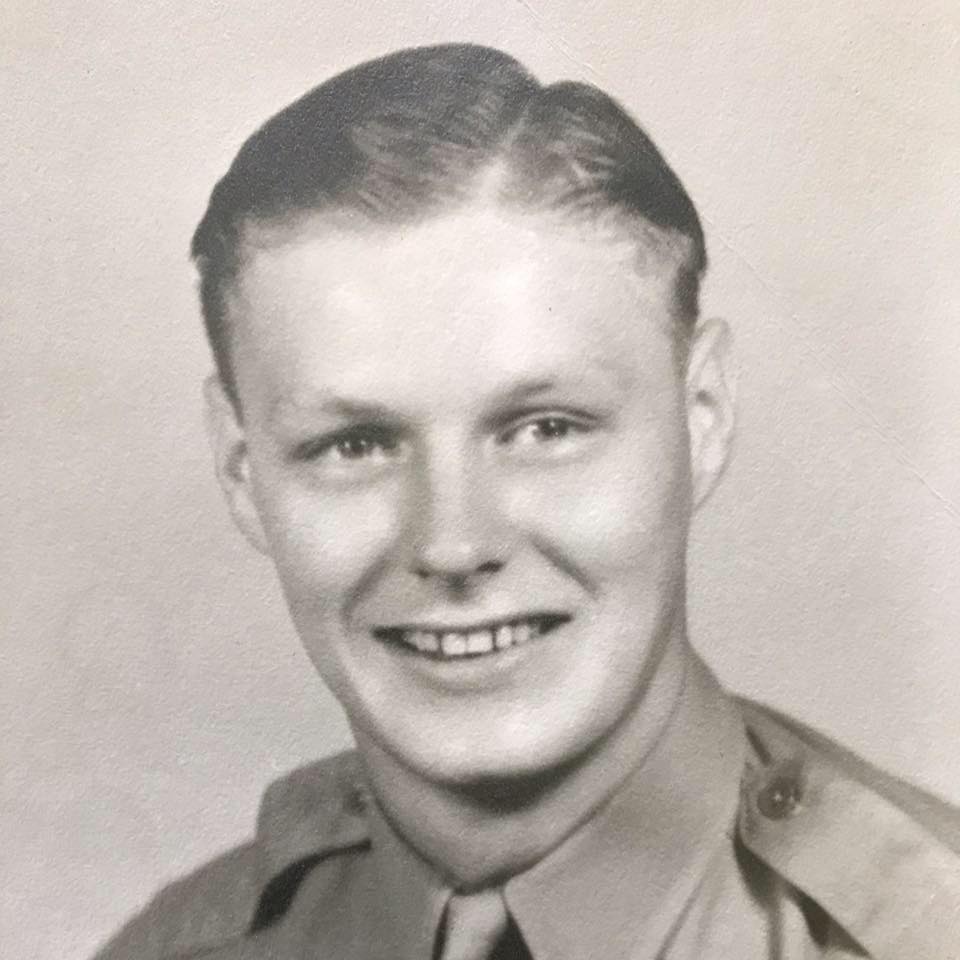 Our Dad, Richard James Stallbaum, spent the last days of his life on earth in his own home doing what he liked to do most– watching marine life and ships pass by, the sun set over the Olympic Mountains, and keeping his innermost thoughts mostly to himself.  He passed on May 25, 2019.

Dad was born in Everett, Wash., in January 1924, the youngest child of German immigrants.  He grew up on Rucker and went to Everett High School. Tall and blonde, with piercing blue eyes, he was the apple of everyone’s eye and apparently quite mischievous, walking and hitching rides to the town of Snohomish to visit a girl or two and narrowly missing a car crash that killed several of his best friends. In high school he was a member of the swim team, graduating in 1942.

In February of 1943, he went to Tacoma and enlisted in the U.S. Army.  Dad was a diver in England and France. Most of the details of his service went with him, but we know he wore the hard hat diving suit and that he was clearing harbors and doing salvage work overseas. Early in 1946, he was given a medical discharge and sent back to the U.S.

In 1946, while carousing Cozy Corners Tavern in Clinton, he met a local Langley gal named Janice Dahlman and it was love at first sight.  They married November 9, 1946 and were married for 72 years until Mom’s death in May 2018.  Janice was the love of his life (everything else came second) and nothing was ever the same for him after she was gone.

Richard graduated from University of Washington with a degree in Business and Economics in 1949.  He and Janice lived in Edmonds and they had three children, Joy Anderson (Steve), Rick Stallbaum (Barbara) and Sydney Zenger.  It was important to Dad that each of us learn at a young age to swim and row a boat, tie a few knots, bait a hook and dig clams. Our summers were spent North in the U.S. and Canadian San Juan Islands.

Richard retired in his early 50s and he and Janice moved back to Whidbey Island in 1977. They built a home on Mutiny Bay, became members of Useless Bay Golf and Country Club and traded the boating hobby for a golfing hobby.  He and Mom had a great life.

Rest in peace Dad.  Tell Mom we love her.

Family and friends are encouraged to share memories and condolences at www.whidbeymemorial.com