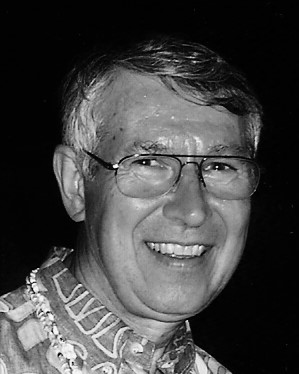 Thomas David Ellis died peacefully Friday, Nov. 20, 2020 at Angell’s on Whidbey Adult Family Home in Oak Harbor. He was born in Brazil, Ind., April 27, 1945 and was a graduate of Coalmont High School. Tom earned a Master of Electrical Engineering degree from Purdue University in 1968. In 1995, he earned a Master of Public Administration degree from Indiana University.

Tom was employed by the Department of the Navy at Crane for 34 years, where he did research in radiation effects and managed a large, technical staff. Tom retired from Crane in April 2000 and later worked for the Indiana University Cyclotron Facility.

As a child, Tom enjoyed life on his parent’s six-acre farm. Tom became the proud owner of a farm in Greene County, Ind., where he raised cattle, horses, sheep and llamas. Tom was active in church and community throughout his life – having served in several positions in the Bloomfield, Ind., First Baptist Church, including chairman of the building committee for a new facility. He was a lifelong HAM radio operator and a member of the Lions Club.

Tom married Loretta Rose Shidler in 1967. Together they had two boys, Scott and David. Tom lost Loretta to cancer on Jan. 1, 1988. Soon after, Tom met Teresa Annette Clark Ellis. They were married June 24, 1989 and spent many years on the Greene County farm. They volunteered for the American Red Cross and responded to many disasters, including being part of the management team running the Hurricane Katrina CajunDome “Megashelter” in Lafayette, La., in 2005.

After retiring from Crane, Tom and Teresa hiked the Appalachian Trail, completing it in 2001 and the Colorado Trail in 2003. Later Tom supported Teresa’s hikes on the Pacific Crest Trail, the Long Trail, and the Continental Divide Trail. Tom and Teresa loved to travel and made numerous trips throughout the United States (including Hawaii and Alaska), Canada, Mexico, Peru, Ecuador, Australia and New Zealand.

Tom lived the last 20 years of his life with Parkinson’s Disease. For the last year of his life, Tom stayed at Angell’s on Whidbey.

There will be a Zoom memorial service Sunday, Dec. 13. Private graveside services will be held at a later date.

The family wishes to express their gratitude to Angell’s on Whidbey, Whidbey Health Palliative Care and Hospice for the excellent care Tom has received the last two years.