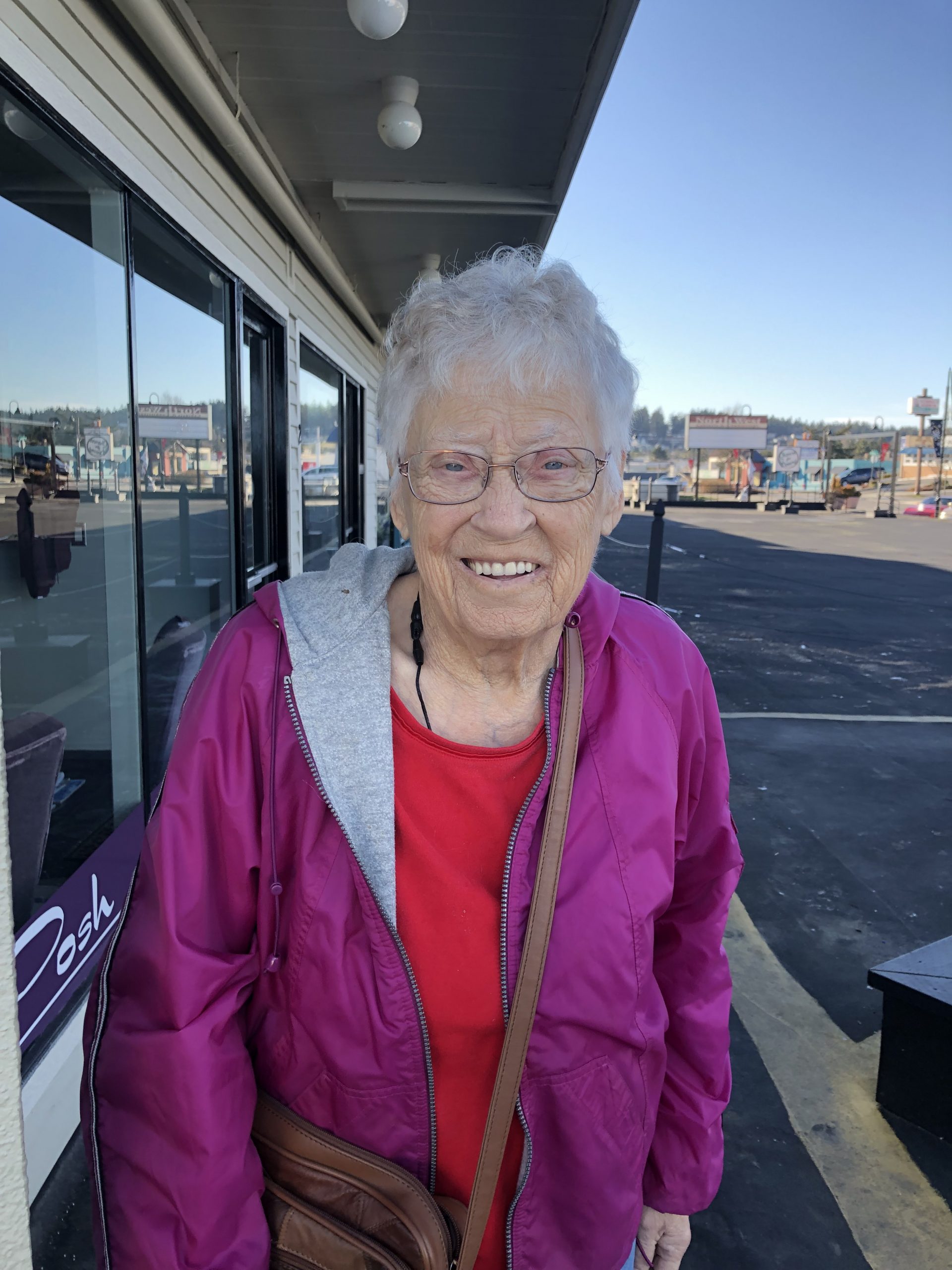 She grew up in Butte, N.D., until the 8th grade, when her family moved to Velva. Vernyce graduated from Dakota Lutheran High School in Minot, N.D. She married Arne Seltveit June 14, 1949 in Turtle Lake, N.D. Vernyce and Arne farmed until fall of 1956 when Arne accepted a job at The Boeing Aircraft Company in Renton, Wash. In October of 1957, they relocated to Whidbey Island, where Arne worked in construction. In 1963, they started their own construction business “Arne’s Construction,” in Oak Harbor, serving Central and North Whidbey. Vernyce was the office manager and bookkeeper until their retirement in 1983. Vernyce and Arne very much enjoyed their retirement and were able to spend time camping, fishing and most importantly, acting as cheerleaders at their grandchildren’s sporting events and activities.

After Arne’s passing in 1997, Vernyce continued with her favorite role as Grandma and loved all her crafting hobbies, gardening, bowling, square dancing, playing pinochle at the Oak Harbor Senior Center, and attending her son, Bruce’s, many concerts. She is a member of Oak Harbor Lutheran Church.

Celebration of Life will be held Friday, March 6, at 1p.m. at Oak Harbor Lutheran Church, followed by a reception.

Remembrances may be given to WhidbeyHealth Hospice, 202 Main St., Coupeville, WA 98239 in her name.