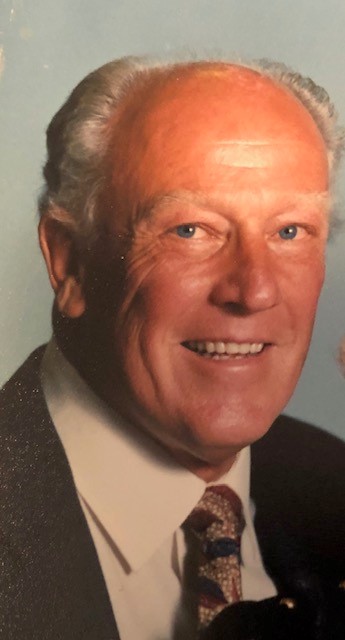 Bill was born to Richard Cunningham Campbell and Doris Byers Campbell Nov. 28, 1936 in New York City. His family moved to Seattle, Wash., when he was 12 and he attended Meany Jr. High 1950 – 51. Bill graduated from Garfield High School where he was president of his senior class. He graduated from the University of Washington in 1958 with a degree in Business Administration. He was a member of Phi Gamma Delta Fraternity and a diehard Husky fan. He attended most home football games and loved tailgating with many Husky friends. After college he worked for Safeco Insurance in Seattle and later formed his own agency, Campbell Younger and Assoc. in Bellevue, Wash. He was married to Dale Parsons in 1958 and they have four children: William Bruce Campbell, Lori Lynne Campbell (Softli), Kathryn Marie Campbell (Davis) and Brent Parsons Campbell. Bill met Cindy Margolis in February 1985 on the tennis courts at Bellevue Athletic Club and they were married in July of that year. He was a loving stepfather to Jennifer Lynn Margolis.

He and Cindy built a home on the beach on Whidbey Island and moved there in 1995. They joined Whidbey Golf and Country Club and spent many years golfing and socializing there. In 2006 they bought a vacation home at Westbrook Village in Peoria, Ariz., and enjoyed the winters golfing with their many friends there.

Grandfather of eight and with two great-grandchildren, Bill was preceded in death by his brother, Richard Cunningham (Duke) Campbell. Bill was the “nicest guy you could ever meet,” and was beloved by all who knew him. In lieu of flowers, donations can be made to the WAIF Animal Shelter (Whidbey Animals Improvement Foundation – waifanimals.org).

A Celebration of Life for Bill will take place at Wallin Funeral Home Thursday, Aug. 27, at 12 p.m., with a private reception to follow at the Campbell home.